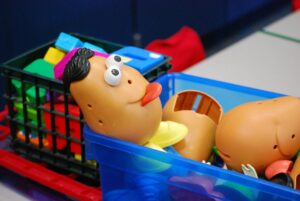 “Hasbro, the company that makes the potato-shaped plastic toy, is giving the spud a gender neutral new name: Potato Head. The change will appear on boxes this year,” the Associated Press reported.

The AP claims that this is part of a wider movement for “Toy makers” to update their “classic brands to appeal to kids today.” They explain, “Barbie has shed its blonde image and now comes in multiple skin tones and body shapes. Thomas the Tank Engine added more girl characters. And American Girl is now selling a boy doll.” It is unclear how the change in Potato Head’s gender identity will appeal to children. At nearly 70 years old, Potato Head’s change in gender identity is sure to turn heads among parents.