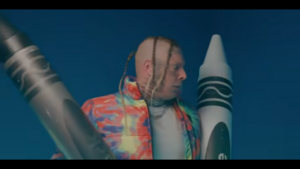 Titled, “Clown World,” the track touches on everything from Black Lives Matter and gender to religion and technology.

“What’s all this division for?” MacDonald asks rhetorically. “It’s modern segregation, this is setting up a civil war.”

Earlier this month, MacDonald’s song “Fake Woke” was the #1 most downloaded song on the Billboard Digital Song Sales chart.

People are hungry for musicians brave enough to go against the political mainstream and the Canadian hip-hop star’s success proves it.