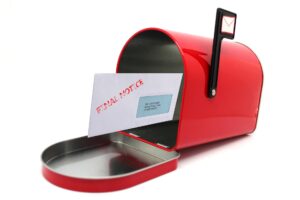 Unless there is emergency intervention, tens of millions of Americans could be facing eviction once the holiday season is over.  We kicked the can down the road throughout 2020, but all of the rent that was originally owed to landlords all over the country is still due, and they are very eager to collect.  Countless landlords are on the verge of financial ruin because of the rent moratoriums which were put in place, and kicking the can down the road even more would be absolutely disastrous for them.  Of course it would also be absolutely disastrous if the moratoriums are not extended, because in some states more than half of all households are behind on their rent or mortgage payments, and most of them have no way to pay.

One way or the other, we are about to hit a breaking point.  The Aspen Institute is telling us that a whopping 40 million people “could face eviction over the next several months”…

According to research by the Aspen Institute, nearly 40 million Americans could face eviction over the next several months. The only thing holding back the flood right now is the CDC’s eviction moratorium order and a patchwork of state and local protections for renters.

But these moratoriums are only kicking the can down the road. Chief economist for Moody’s Analytics Mark Zandi told the Washington Post that tenants could owe nearly $70 billion in back rent by year’s end. And for landlords left holding the bag, there’s been little relief, as they’ve been forced to take on the role of government — subsidizing housing for millions even as their own taxes, mortgage payments, and other expenses are due.

That is about 12 percent of the entire country.

If they get evicted, where are they going to go?

Vox recently interviewed a 48-year-old Texas resident named “Kimberly”, and she says that is exactly where she is headed if she gets evicted…

But after Covid-19 hit, she lost hours at her job as a crew trainer at Raising Cane’s Chicken Fingers and found herself on the brink of financial collapse. She fell behind on her rent and when she tried to work with her landlord to set up a repayment plan, she told Vox that she was served an eviction notice. Now, the only thing keeping her in her home is the Centers for Disease Control and Prevention’s (CDC) national eviction moratorium, which prohibits landlords from evicting qualifying tenants for failing to make rent.

If she’s evicted, Kimberly says she has nowhere to go — and will be homeless for the second time in five years.