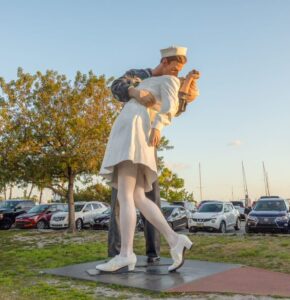 The Sarasota Unconditional Surrender statue will NOT be moved

Congressman Buchanan put out a tweet today stating that the Sarasota Unconditional Surrender statue will not be moved from the Bayfront center per the City Manager.  Tom Barwin said that the people of Sarasota supported the statue at the current location by overwhelming numbers.  The move was deemed necessary for the roundabout that will be put in place at that intersection.