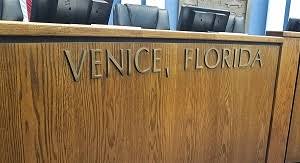 The lawsuit alleged Venice violated the Civil Rights Act of 1964 when it repeatedly subjected James Williamson, a 30-year-old Black employee, to a series of “unwarranted disciplinary actions, including two unpaid suspensions and ultimately termination, because of his race.”

“It is both morally wrong and illegal to single out any employee for harsh and unwarranted discipline because of the employee’s race, and to subject individuals, like Mr. Williamson, to discharge because of race,” Assistant Attorney General for the Civil Rights Division Eric S. Dreiband said in a written statement. He added that “all workers have a right to work without suffering unjust and unlawful race discrimination.”

The DOJ said the city “did not have legitimate, non-discriminatory reasons for treating Williamson far more harshly in imposing discipline than the city did toward his comparable white coworkers.”