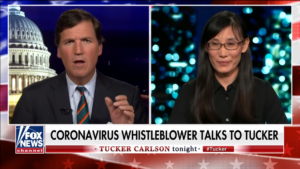 During Tuesday’s broadcast of “Tucker Carlson Tonight,” the Fox News host interviewed a Chinese virologist who fled the country to warn the world that COVID-19 was allegedly manufactured and intentionally released by China’s communist government.

However, if interested people wanted to watch that segment, Facebook is issuing warnings that the information is “false.” 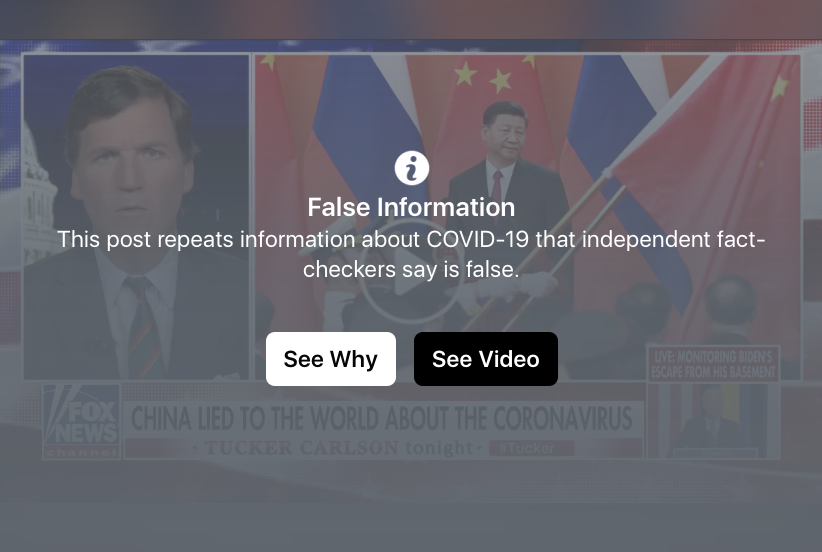 Upon clicking, “See Why,” Facebook users are directed to two articles by Factcheck.org and one by USA Today. 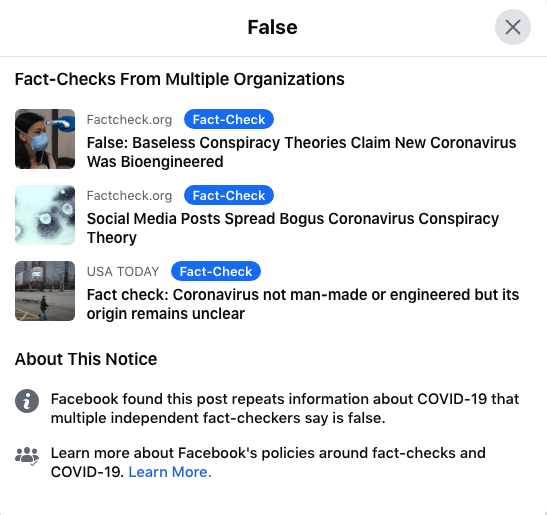 Carlson condemned the censorship in a Facebook post on Wednesday, writing, “Facebook is working hard to make sure you’re unable to see our latest post regarding a coronavirus whistleblower. They don’t want you sharing the video, and they are limiting the number of people who can view it. This is censorship, and we will be addressing it on our show tonight.”

Dr. Yan also had her entire account removed by social media giant Twitter this week but the reason for the removal is unclear and the company did not respond to Newsweek for a comment.

Infowars and The Alex Jones Show have been at the forefront of exposing China’s direct connection to the release of COVID-19.

Click this link for a comprehensive list of Infowars articles from as early as January 23rd covering the fact that the virus was created and released from the Wuhan bio lab.

On August 13th, Infowars published an article on one of Dr. Yan’s first interviews where she revealed the CCP-created virus is a “chimera” and that Fauci & the WHO are assisting China in the cover-up.

See that bombshell interview below:

If Dr. Yan is correct and China did purposely release the COVID-19 virus, it would be considered by many around the globe to be an act of war.