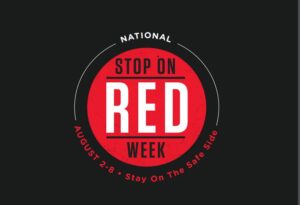 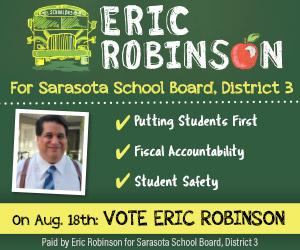 The Sarasota Police Department is taking a stand against red-light running and promoting safe driving habits during National Stop on Red Week, August 2-8, 2020.  Created by the Federal Highway Administration, National Stop on Red Week aims to educate drivers about the dangers of red-light running and to reduce the number and severity of traffic crashes.

On Tuesday, August 4, 2020 at 8:30 a.m., officers with the Sarasota Police Department Traffic Unit, Melissa Wandall, President of the National Coalition for Safer Roads (NCSR) and members from the Florida Department of Transportation (FDOT) will be meeting at Hillview and U.S. 41 (Tamiami Trail) to discuss National Stop on Red week.  All media outlets are invited to attend.

“Red-light running causes countless injuries and fatalities every year, with a large number of those deaths being innocent pedestrians, cyclists and passengers in vehicles hit by the red-light runner,” said Sarasota Police Department Traffic Unit Officer Jason Frank.  “We are joining forces with the National Coalition for Safer Roads to help prevent these needless deaths.  National Stop on Red Week reminds drivers to always stop on red.  By using innovative technologies such as red-light safety cameras at dangerous intersections across the country, we can put an end to deadly red-light running.”

“Red-light cameras save lives.  They are designed to change bad driving behavior and help reduce the collisions caused by red-light runners,” said Melissa Wandall, NCSR President.  “We need every safety tool and everyone to work together in order to cut down the insatiable heartache on our roadways.”

Suncoast mom creates school supply drive for families in need – WINK   Some video’s are embeded and may not play.  If this happens and you want to read this story click — >>> here

They Are Telling Us That The 2nd Wave Of The Coronavirus Is Here, And The Stock Market Is Totally Freaking Out

They Are Telling Us That The 2nd Wave Of The Coronavirus Is Here, And The Stock Market Is Totally Freaking Out by Michael Snyder   Are you ready for the next wave of COVID-19?  Actually, the mainstream media is telling us that it is already here, and that has sparked another round […]