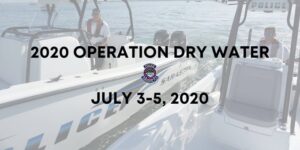 In partnership with the National Association of State Boating Law Administrators (NASBLA), the Sarasota Police Department is working to increase boater awareness of the hazards associated with boating under the influence and decrease the number of accidents and deaths attributed to impaired boating and other unsafe boating practices.

From July 3 through July 5, 2020, the Sarasota Police Department along with law enforcement nationwide will be looking for impaired boaters as part of Operation Dry Water weekend.  Boaters will notice an increase in the numbers of officers on the water.  This effort will result in the removal of impaired operators, providing a safe and enjoyable experience for boaters.

“We want to ensure that recreational boaters, paddlers, and anyone enjoying our waters have a safe place to spend their time,” said Sarasota Police Marine Patrol Sergeant Anthony Frangioni.  “Alcohol impairs judgment and reaction time on the water just as it does when driving a car, even more so because of the added stressors of sun, heat, wind and noise on a boat.  Choosing to consume alcohol while boating puts everyone at risk, including passengers and people in the water.  Our goal is to remove anyone choosing to operate a vessel impaired and to keep everyone else safe,” said Sergeant Frangioni.

Tips to staying safe on the water this summer:

Operating a boat with a blood alcohol content (BAC) of .08 or higher is against federal law and most state laws.  Impairment can be even more dangerous for boaters than for drivers, since most boaters have less experience and confidence operating a boat than they do driving a car.

Operating a vessel under the influence of alcohol and/or drugs is illegal on all bodies of water and can lead to serious injuries and consequences.  In Florida, it is illegal to operate a vessel with a BAC level of .08 or higher – the same as it is to operate a vehicle.  If you are found to be impaired and operating a boat, you will be arrested.

Additional information regarding Operation Dry Water can be found at www.operationdrywater.org 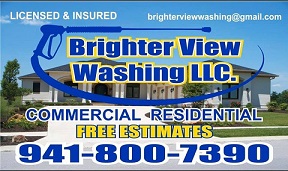